In partnership with Dolce Vita, we’re bringing you a new series that takes a deeper look into some of the women we admire who embody the OKREAL and Dolce Vita spirit. We are proud to share the stories of those we feel are making a difference in the world, shaping our communities, and following their passion. We ask them what it means to #holdyourown in a competitive world, and they show us what it looks like to #walkthisway.

Eva Goicochea is the co-founder of Tinker Watches: well-made watches at attainable prices, and Maude: a modern sex essentials company launching at the end of 2017. Prior to launching Tinker and Maude, Eva ran social, culture, and hiring at Everlane. Eva is now based in a beautiful Brooklyn apartment, which I fondly refer to as the Goicochea animal hospital as she cares for four very old (but very cute) pets. She’s a straight talker yet more talented than she will ever admit, has a knack for branding and making things beautiful (prevalent in her companies and her Instagram), and knows a thing or two about holding your own.

“I’m originally from New Mexico and lived there until I was 10. I spent most of my twenties is California, then moved back to New York about a year ago. When I try to explain the range of things that I do to people, sometimes they don’t get it. But everything I do now is a result of past experience, and learning how to pick and choose what I want to carry with me from those experiences. I might do a range of things but I know what I’m good at, and that’s how I’ve arrived at where I am. For the person that thinks they have to follow a linear trajectory, I would ask them to go out on a limb and try something new—because you start to find interests, passions and talents that might result in something else. I’ve always been really open about where I’m at, in terms of recognizing that it’s not my station in life forever. I’ve finally come to a point where I’m really excited to focus, and that’s been because of Maude. 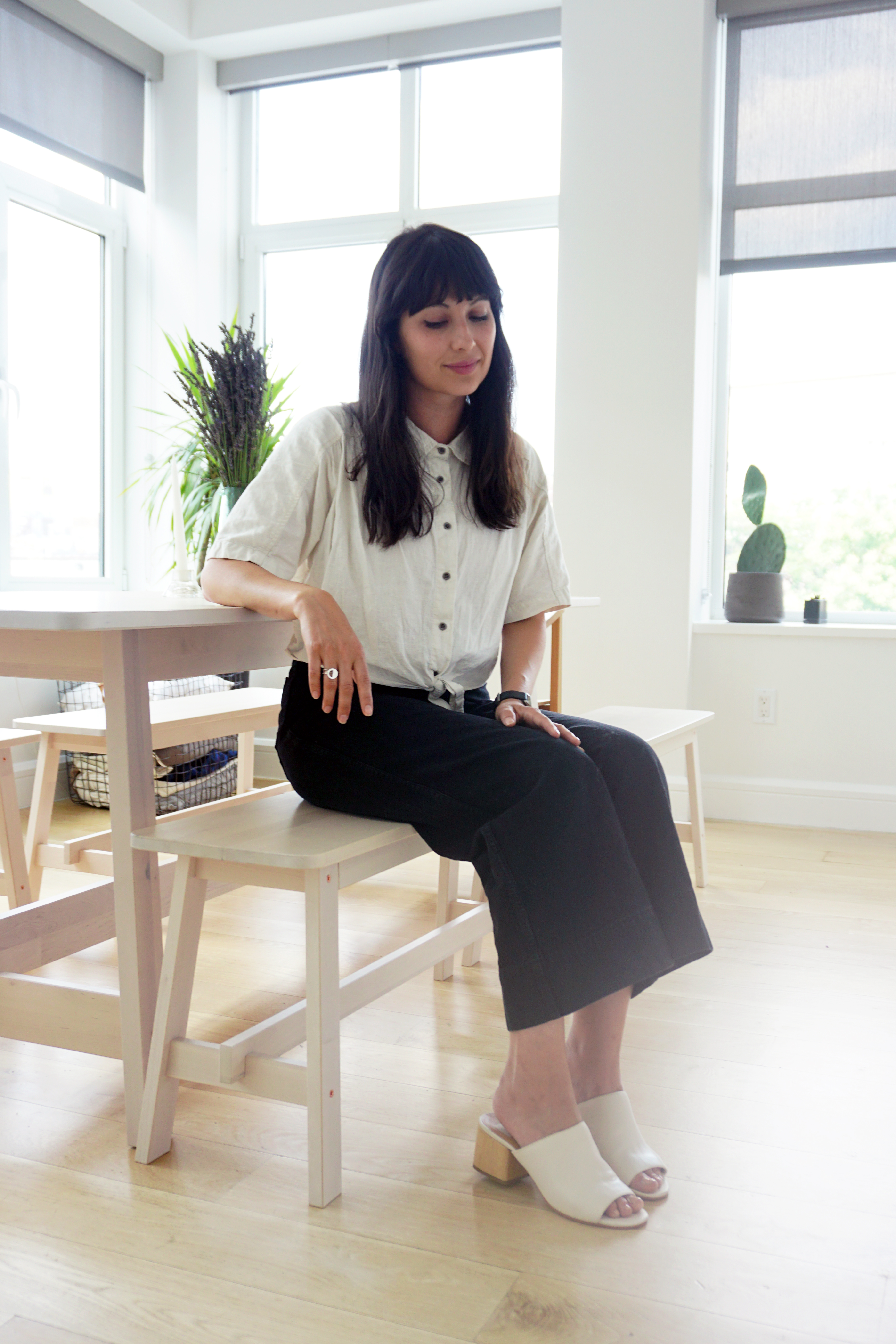 You’re also responsible for having your own back.

I’ve poured myself into every job I’ve ever had, which in some ways is good, but I would get into a pattern where I had no life outside of work. The hard lessons for me have been in realizing, multiple times, ‘I’m working for somebody. This is their dream, not mine.’ I don’t think there’s anything wrong in working for somebody else, but if you’re not fulfilled, that’s a hard lesson to learn. The difference in working for yourself is that it’s tough to acknowledge that what you’re doing is ‘official’. That’s been weird for me—to think, ‘this is a real job.’ The scariest part is when you start to bring other people in, to your work for your company—your first hire definitely makes it feel real.

When I first started working for myself, there were a number of oversights in my contracts where I wasn’t protecting myself. I kept having to make the choice of: Do I save this relationship and not say anything, or do I stick up for myself? I realized that if I had a buttoned up contract in place I could reference that instead of getting angry. I’m a really fair person and I typically expect the same from others—but I’ve learned that expectation is not always upheld. You can’t go into any kind of professional relationship assuming that everyone has the same work ethic or attitude, or just expect that you’ll get recognized for your extra efforts later on. You have to defend yourself.

You also need to surround yourself with people who are going to be honest with you. I’ve always thought an amazing exercise would be going to a meet-up that was almost like speed-dating—but instead, you give a mini bio of yourself and then have the other person tell you their first impressions. You’d leave with this really insightful collection of feedback on how you’re actually presenting yourself to the world. If you really want to understand what you’re putting out there and how people perceive you, you need to have that reflection from others. I don’t think that you’re able to do it alone. In order to grow, you need both constructive criticism and positive feedback.

I’ve come to realize that there’s no arrival sign.

Which is not to say that there’s no version of success—there is. It’s more that you never feel like you’re done, and that there’s always more to learn. I used to think that other people had the answer and I didn’t, or that I didn’t take the right class or go to the right school. But then you start working with companies which you admire or get to know really successful people, and realize that they all started somewhere. There is a learning curve for everyone, and we are all figuring it out as we go. In entrepreneurship and creativity there’s a lot of learning that you can’t get from a book. You’re always learning on the job, and there are tips and tools that you pick up along the way. I remember my awesome Creative Director at Everlane, Alex Spunt, said once, ‘Who the hell cares what you look like in a bathing suit, when everybody else is worrying about what they look like in a bathing suit?’ And I think that applies in all areas of life. I also always refer back to this one-liner I heard a while ago: ‘Don’t let somebody live rent free in your head.’ If you let something fester in your mind but there’s no reward or return, let it go.

I don’t know everything and I’m not always confident, but I always trust that it will work out. That’s what I’m most proud of. It’s none of the things that are on paper, or the those external markers of success. What matters is that you’re able to be OK when you hit bumps in the road or go through challenges. I’m pretty pragmatic in that I don’t tend to get affected by what other people are doing. I’m not a jealous person and never have been. I’m inquisitive and I’m curious, and I want to know what other people are doing, but it doesn’t come from a place of comparison. For me, Holding Your Own is recognizing that you are who you are, and you will never wake up as somebody else. That there is no point in spending your time on comparison. Do what you do really well. Let your ‘competitors’ inspire you.”

Read this next:
KELLY RUTHERFORD

Read this next:
SUNNY BATES